​Our 41st season of presenting
great artists and performances!
Please scroll down for our February and March Concerts and COVID information

CLICK TO ORDER TICKETS
FOR ALL CONCERTS
STUDENTS ARE FREE, GENERAL ADMISSION IS $20, PATRONS (1ST EIGHT ROWS) IS $35.​

Opening Night!
​​Saturday, October 16, 2021 at 5 pm
Connie Sheu, classical guitar
Voices of Classical Guitar: Music of Barrios, Paulian, Johanson, and more
Connie Sheu presents a concert of classical guitar music by various composers,
including little-known works by women composers and some of her own new arrangements.

Dr. Connie Sheu is a dynamic guitarist, devoted teacher, and ardent advocate of classical guitar. Past performances have brought her to Lincoln Center’s Alice Tully Hall, 92nd StY, Merkin Hall, Carnegie Hall’s Weill Recital Hall; venues in Moldova, Italy, Hungary; and across the United States. Connie serves as General Manager for the Guitar Foundation of America and teaches at the Colburn School. She performs with flutist Elise Henry as Duo Arroyo and is part of Street Symphony. 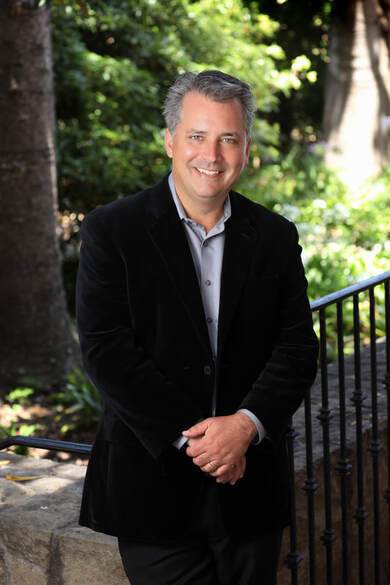 Robert Cassidy has received widespread acclaim for his performances and recordings of both solo piano repertoire and chamber music.  A sought after soloist, chamber musician as well as teacher and coach Dr. Cassidy relishes collaborations and recently created concert programs with Ani Aznavoorian, Richard O’Neill,  and The Almeda Trio.  He has an active teaching career at the Music Academy of the West and has served as the Artistic Director of the SYV Concert Series since 2019. 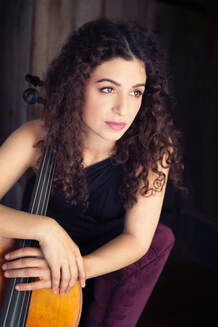 Ani Aznavoorian received her Bachelor and Master of Music degrees from Juiliard and is a world renowned cellist.  The Principal Cellist of the Camerata Pacifica, Ms. Aznavoorian performs often in New York and throughout the world as a soloist with great orchestras.  A recent highlight was performing Lera Auerbach’s “Dreammusik” for Cello and Chamber Orchestra written and commissioned for her by Camerata Pacifica. 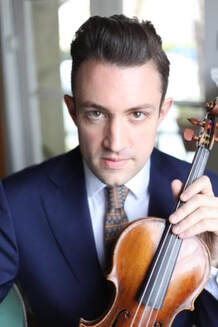 ​Adam Barnett-Hart has attracted worldwide attention for his sensitive musicianship and inspired artistic decisions.  As the founding first violinist of the Escher Quartet, he has performed in many of the most prestigious venues and festivals around the world, including Alice Tully Hall and the 92nd Street Y in New York, The Kennedy Center., and the Ravinia and Caramoor Festivals.  As a soloist Mr. Barnett-Hart has performed with the Juilliard Symphony, the Colorado Symphony and other noted American symphonies and regularly tours Korea as concertmaster of the Sejong Soloists.  Mr. Barnett-Hart studied with Pinchas Zuckerman and Joel Smirnoff at Juilliard.

CLICK HERE FOR FULL PROGRAM INFORMATION AND ARTISTS' BIOS
John Churchwell began serving as head of music for San Francisco Opera in August 2011. Prior to this appointment, he served as an assistant conductor for both the Metropolitan Opera and San Francisco Opera for 14 years. Mr. Churchwell has worked on more than 100 productions with such conductors as James Levine, Nicola Luisotti, Donald Runnicles, Nello Santi and Sir Charles Mackerras.  A champion of American music, Mr. Churchwell participated in the world premieres of John Harbison’s The Great Gatsby, Jake Heggie’s Dead Man Walking, Stewart Wallace/Amy Tan’s The Bonesetter’s Daughter, Philip Glass’ Appomattox, Christopher Theofanidis' Heart of a Soldier, and Tobias Picker's Dolores Claiborne. Recently he led the preparation for John Adams’ world premiere The Girls of the Golden West.

On the recital stage, Mr. Churchwell has partnered with some of today’s most sought-after vocalists, including appearances at the Hollywood Bowl with Ellie Dehn, San Francisco Symphony with Michael Fabiano, and recitals with Lawrence Brownlee, Lisette Oropesa, Joyce DiDonato, James Westman, and Frederica von Stade.  He has also appeared frequently in chamber music concerts with members of the Metropolitan Opera Orchestra.

Mr. Churchwell spends his summers at the Music Academy of the West in Santa Barbara, CA, where he has been a member of the voice and piano faculty since 2000.  While there, in addition to chamber music performances and public masterclasses, Mr. Churchwell is instrumental in the training of young singers and apprentice coaches.

Wednesday, February 16, 2022 at 7pm
Johnny Gandelsman, violin
This is America

​As we live through a time of disruption and disconnection, with COVID-19, the recent US election, deep polarization, entrenched systemic racism and police brutality, it is clear that the years 2020 and 2021 will be seared in our collective memories for a long time. In response to this turbulent period in history, Grammy-award winning violinist and producer Johnny Gandelsman developed “This Is America”, a new commissioning and recording project featuring over twenty new works for solo violin, written by American and US-based artists.
Commissioned by twenty presenters in eleven states and Washington DC, “This is America” celebrates America's rich cultural tapestry and its myriad perspectives, thoughts and ideas, offering a vivid counterpoint to the idea that this land can be understood through a singular, dominant point of view. Each composition in the anthology reflects on the current state of American society in a personal and intimate way, looking through an unflinching lens at universal topics like separation, loneliness, hope and love.

Come hear the Radian String Quartet play two exquisite works from the string quartet repertoire which masterfully represent the classical and French Impressionist periods: the Mozart String Quartet in d minor, K. 421and the Ravel String Quartet in F major. The program will continue with Radians being joined by American first-prize winner of the Prokofiev Competition and well-known Los Angeles concert pianist, Robert Thies for the Franck Piano Quintet. 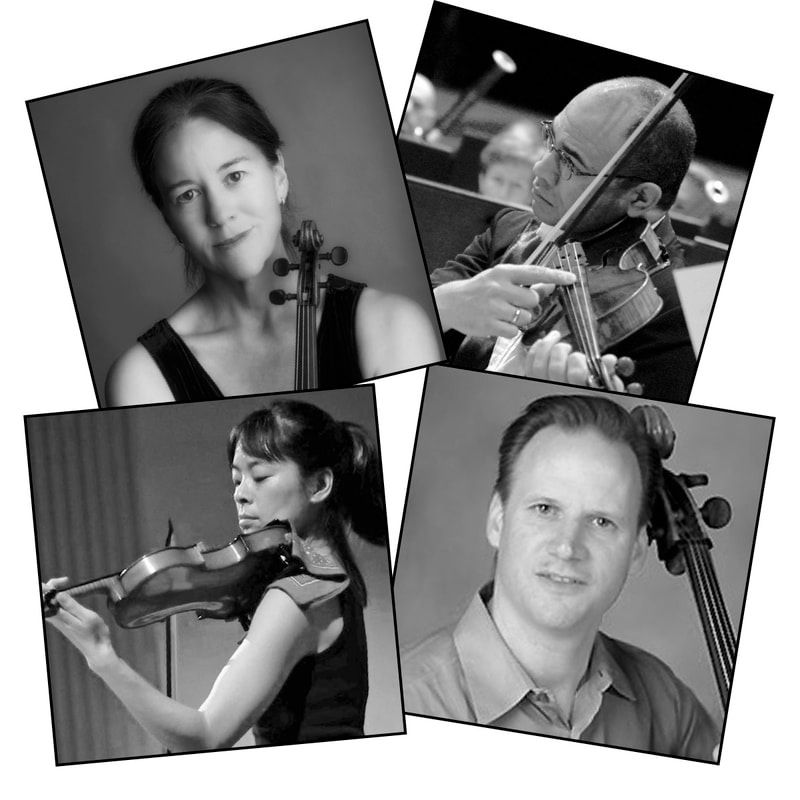 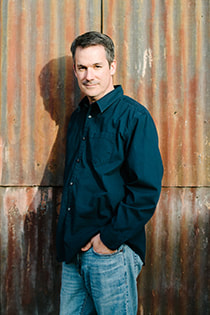 CLICK TO ORDER TICKETS
FOR ALL CONCERTS
STUDENTS ARE FREE, GENERAL ADMISSION IS $20, PATRONS (1ST EIGHT ROWS) IS $35.​

• If you are feeling unwell with any symptoms of disease, whether COVID, flu, or a cold, or if you have recently tested positive for COVID, please stay home, and take good care of yourself. There will be more concerts in the future, and this concert performance will be filmed for future presentation through our website.
• All our doors and windows will be open, so our indoor space is almost like an outdoor space. Please bundle up, wear a warm hat, and bring a blanket, so you are comfortable–as if you were attending an outdoor theater or sporting event. The venue will be heated, but it will be chilly, though warm at heart.
• Public health advises you to wear a mask.
• Public health advises you to be vaccinated and have your booster (if timing allows).
• If you have the option of testing, you will have a better sense of whether or not you are contagious.
• Consider your own level of risk and choose to participate based on your comfort level

Donations to support the SYV Concert Series are welcome!

As we anticipate the 41st Season in 2022: Are you interested in being a Series Sponsor, an Artist Sponsor,
​or a Season Subscriber with reserved seating?
​
Contact Music Series Coordinator Linda Stafford Burrows at 805-705-0938 or syvconcerts@smitv.org
DONATE TO THE SYV CONCERT SERIES

​Transformation
Celebrating the Return of Live Concerts
Enjoy the recording of the June 26, 2021 concert below

Enjoy a recording of the first live performance offered by the Santa Ynez Valley Concert Series since the pandemic began. On  Saturday, June 26, 2021 Artistic Director and pianist Robert Cassidy, and cellist extraordinaire Ani Aznavoorian performed three transformative works for cello and piano in the beautiful space of St. Mark's.
Beethoven's Sonata in C Major, Op 102 #1, Debussy's Sonata for Cello and Piano, and Brahms' Sonata in E Minor, Op. 38, were featured on the program, and each is a masterwork to nourish the soul.
Life has changed for all due to Covid-19, but music remains to help us carry on. Listen, and enjoy!
Click for the Concert Program

Debussy Sonata for Cello and Piano

Brahms
Meet the Artists
Pianist Robert Cassidy has received widespread acclaim for his performances and recordings of both solo piano repertoire and chamber music.  The Cleveland Plain Dealer review of his eponymous solo recording noted, “Cassidy demonstrates a keen grasp of varied styles on his new recital disc, which spans three centuries. with delicate and expressive sensitivity, savoring the magical atmospheres.”  In March 2016, Dr. Cassidy released his second solo disc “Pathways” which includes works by Chopin, Debussy and Joel Feigin. He received his Bachelors and Masters degrees in Piano Performance from the Manhattan School of Music; and Doctor of Arts in Piano Chamber Music and Accompanying/Piano Performance from Ball State University. A sought after soloist, chamber musician, as well as teacher and coach, Dr. Cassidy has recently performed with Almeda Trio. Cleveland Orchestra and Mari Sato of the Cavani String Quartet. In addition to his performances, Dr. Cassidy continues his active teaching career based at the Music Academy of the West in Santa Barbara.  Dr. Cassidy has been Artistic Director of the Santa Ynez Valley Concert Series since 2019.

Cellist Ani Aznavoorian is described by The Strad Magazine as having “Scorchingly committed performances that wring every last drop of emotion out of the music. Her technique is well-nigh immaculate, she has a natural sense of theater, and her tone is astonishingly responsive.” Ms. Aznavoorian received both her Bachelor and Master of Music degrees from The Juilliard School and continues to perform often in New York and also throughout the world including the Chicago Symphony Orchestra, Boston Pops, Tokyo Philharmonic, Helsinki Philharmonic, Finnish Radio Symphony, International Sejong Soloists, Belgrade Philharmonic, Juilliard Orchestra and Edmonton Symphony. Ms Aznavoorian also is a member of the faculty at summer festivals as well as the University of Illinois in Champaign/Urbana. This season marks Ms. Aznavoorian’s 14th year as principal cellist with Camerata Pacifica. A recent highlight was the honor of performing Lera Auerbach’s “Dreammusik” for Cello and Chamber Orchestra which was written and commissioned for her by Camerata Pacifica.
DONATE TO THE SYV CONCERT SERIES